On an offshore oil exploration installation, 57 GBq caesium-137 source was being loaded into a logging tool for insertion down a well. During this operation, the source was unintentionally removed from the device – it was still attached to the source handling tool as it was being withdrawn. The source then became detached from the handling tool and rolled along the floor until coming to rest under some metal pipes.

The local rules specified that a radiation survey should be undertaken after loading the source, however this was not done. The engineer performing the operation did not realise that the source was not in the logging tool, and proceeded to send it down the well. When incorrect data were received the device was retrieved from the well for inspection. The source was then discovered to be missing.

The whole operation had taken approximately 8 hours. The Radiation Protection Supervisor was immediately notified and the floor of the installation was searched. The source was then located and recovered.

It was subsequently discovered that incorrect handling procedures were commonly used for loading the source into the equipment, although these were not in fact the reason for this particular incident. Nevertheless, the operating procedures were revised, the design of the equipment design was reviewed, and additional radiological safety training provided. 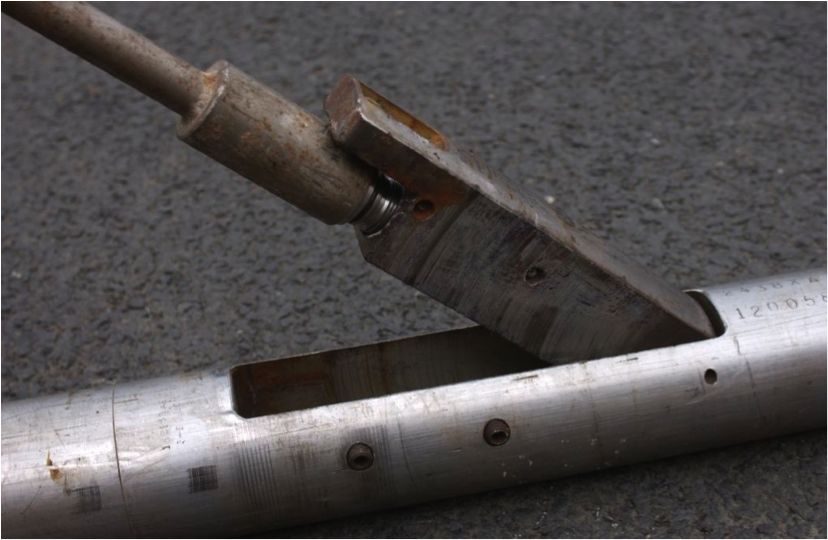 Photograph of source being loaded into a borehole logging tool

Although the source remained undiscovered for 8 hours, it was well shielded by metal pipes, and it is estimated the radiation doses received were negligible.

Had the source not been shielded by metal pipes, it is estimated that doses of a few mSv could have been received by persons working in the area.